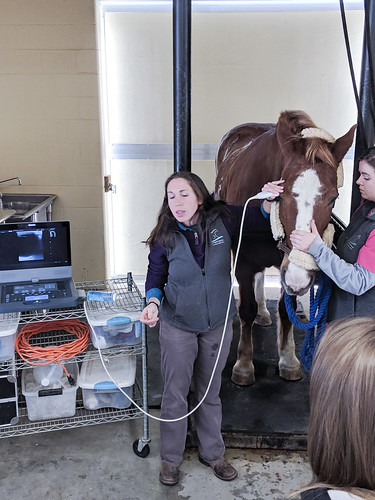 Impotence and Exercise Link
Since its discovery, Viagra has been the stock remedy for all manner of libido related ills, from total loss of ability to intermittent and temporary problems with ‘getting a raise’!
In such a scenario, the cause of the problem may arise (!!) from an area of the body quite far removed — from the heart, or the brain. And those on medication would do well to remember that mixing nitrates, the popular medication for many heart problems, with viagra can cause extreme drop in blood pressure leading to cardio- circulatory shock. In fact, the cocktail can prove lethal.
The good news is that sexual dysfunction may not be as untreatable as doctors previously thought. Recently, a group of Italian researchers found that there is one safe treatment for the problem: regular exercise. The high level of stimulation suggested by the phrase ‘blood coursing through the veins’, does have physical manifestations to support it. Men as well as women require good blood flow to the genitals for arousal and erections. And can there be anything better or more effective than exercise to keep the blood circulating?
In an another large, long-term study, researchers found that men who burned at least 200 calories a day through exercise were less likely to become impotent, than men who were inactive.
Researchers monitored the lifestyle of nearly 600 men, who initially had no problems with impotence, over a period of 9 years. Examining a variety of lifestyle factors believed to contribute to impotence, e.g. smoking, heavy drinking, inactivity and obesity they found that men who had been active to begin with, as well as those who took up exercise during the study period, were at lower risk of experiencing impotence.
Occasional impotence is normal. At some point in his life, every man will experience difficulty, sometimes temporary, in achieving and maintaining an erection. But persistent, long-term difficulty may be indicative of a physical cause, and should prompt you to seek medical advice.
In fact, impotence can be an early warning sign of coronary artery disease, since the penis is more sensitive to slow-downs in blood flow than is the heart. (Doppler ultrasound scanning is an imaging technique which can now be used to measure blood flow to the penis).
But, men take heart! Exercise may protect you from impotence the same way it can prevent heart attacks; by keeping your blood vessels clear.
Just 30 minutes a day of moderate aerobic activity, such as walking or stair climbing, accumulated in short bursts, can do the trick. The American Heart Association also recommends weight training or trying proven stress-busters such as yoga and tai chi, which are increasingly used in cardiac rehabilitation. A study on the effects of bicycling, found that 40 minutes of bicycling 3 times a week increased sexual functioning by 76%. Keeping your arteries clear may well be the way to rock solid erections.
Another aspect of a good sex regimen (& to ward off impotence) is proper diet. This would involve eating lots of fruits and vegetables, grains and legumes. Stick to a low calorie diet, getting not more than 20% of your total calories from fat. To quote Julie Walsh, MRSD, spokeswoman for the American Dietetic Association, ” A diet that’s healthy for you overall will be healthy for your sex life – period”. The effectiveness of so called aphrodisiac foods is yet to be confirmed. But if, like us, you are fond of oysters, seafood and asparagus, go ahead, they are low in calories and can put you in the right frame of mind.
Impotence can also occur as a side effect of drugs, including anti-depressants, so avoid taking medications without consulting a doctor.
Men who do all of the above things and still have problems with impotence, should consult a competent naturally-oriented physician, to investigate other possible causes. Strangely, only 1 out of 10 people affected actually do so. Impotence is after all, more of a symptom that needs to be treated than a disease in itself! Impotence affects about a quarter of men by the age of 65, and there is no cure. So the most important thing we can do is to PREVENT it!
Unfortunately, not only does impotence have physical manifestations, it can have a depressing effect on male psyche, striking as it does at the intrinsic ‘manhood’ of the male. This tendency towards depression, too, can be countered by the proven mood enhancing effects of exercise. After a study of 156 severely depressed men and women over 50, Duke University researchers suggested that 16 weeks of aerobic exercise may be as effective in alleviating depression as a 16-week regimen of antidepressant drugs.
Exercise provides a balancing effect also on another area which may negatively impact on sexual performance – the mind. In many cases, impotence is the result of psychological causes rather than physical ones. In such cases, the relaxing and tension-freeing properties of exercise will contribute to the more conducive state of mind that is essential for good sexual performance.
Exercise, follow a good diet, keep yourself tension free. These simple steps will not only ward off possible impotence, but also improve your health in every way. Remember, too, if you are already experiencing some symptoms, that in most cases the causes can be treated.
And if nothing works, all manner of physical aids are now available to help achieve and maintain an erection. All said and done, the outlook for impotence is good.