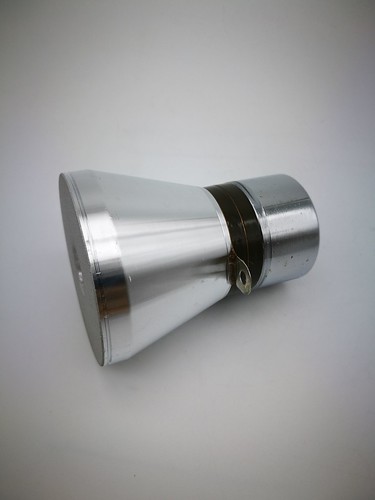 Since its discovery in the late 1950’s Coenzyme Q10 (CoQ10) has received much attention as a necessary compound for proper cellular function. It is the essential coenzyme necessary for the production of ATP (adenosine triphosphate) upon which all cellular functions depend. Without ATP our bodies cannot function properly. Without CoQ10, ATP cannot function. This connection has made CoQ10 a very important object of study in relation to chronic disease. In many cases the presence of chronic disease is associated with inadequate levels of CoQ10. But no area of study has received more attention than the relation between CoQ10 and heart disease. That is because CoQ10 is believed to be of fundamental importance in cells with high metabolic demands such as cardiac cells. A further reason the connection of heart disease and CoQ10 has gained so much attention is because heart conditions of many kinds are associated with chronically low CoQ10 levels.
CoQ10 is highly concentrated in heart muscle cells because of their high energy requirements. Add this to the fact that heart disease is the number one killer in developed and developing countries and one can see why the bulk of scientific research on CoQ10 has been concerned with heart disease. Specifically, studies on congestive heart failure have demonstrated a strong correlation between the severity of heart failure and the degree of CoQ10 deficiency. The lower the levels of CoQ10 in the heart muscles the more severe the heart failure. If indeed CoQ10 deficiency is a primary cause of congestive heart failure then, in such cases, the remedy is simple and cost effective; CoQ10 supplementation.
Congestive heart failure is a condition where the heart does not pump effectively resulting in an accumulation of fluid in the lungs. Symptoms may include shortness of breath, difficulty breathing when lying flat and leg or ankle swelling. Causes include chronic hypertension, cardiomyopathy (primary heart disease) and myocardial infarction (irreversible injury to heart muscles). Heart muscle strength is measure by the ejection fraction which is a measure of the fraction of blood pumped out of the heart with each beat. A low ejection fraction indicates a weak heart.
Several trials have been conducted involving patients with enlarged weak heart muscles of unknown causes. For those of you who like difficult phrases this condition (or variety of conditions) is known as idiopathic dilated cardiomyopathy. In these trials CoQ10 supplementation was compared to placebo effects. Standard treatments for heart failure were not discontinued. The results were measured by echocardiography (a diagnostic test which uses ultrasound waves to make images of the heart chambers, valves and surrounding structures). The overall results of CoQ10 supplementation demonstrated a steady and continued improvement in heart function as well as steady and continued reduction in patient symptoms including fatigue, chest pains, palpitations and breathing difficulty. Patients with more establish and long-term cases showed gradual improvement but did not gain normal heart function. Patients with newer cases of heart failure demonstrated much more rapid improvement often returning to normal heart function.
Papers numbering in the hundreds from eight different symposia have been written and presented on the effects of CoQ10 on heart disease. International clinical studies have also been conducted in the United States, Japan, Germany, Italy and Sweden. Together these studies and the papers that have been derived from them demonstrate significant improvement in heart muscle function while causing no adverse effects.
One particular area of study involves diastolic dysfunction which is one of the earliest signs of myocardial failure. Diastole is the phase of the cardiac cycle when the heart is filled with returning blood. Because this phase requires more cellular energy than the systolic phase (when the blood is pushed out of the heart) it is more dependent on CoQ10. Diastolic dysfunction is a stiffening of the heart muscle which naturally restricts the heart’s ability to pump. This condition is associated with many cardiac disorders. Hypertension is among these disorders. As the heart muscles become stiff there is often a corresponding rise in blood pressure. When the diastolic dysfunction is reversed, blood pressure tends to lower as well. In one study involving 109 patients with hypertension, CoQ10 supplementation was added to normal hypertension treatments. In an average of 4.4 months 51% of the patients were able stop using at least one blood pressure lowering medication. Some were able to stop using up to three medications. Another study produced similar results. In that study 43% of 424 patients were able to stop using between one and three cardiovascular drugs because of CoQ10 supplementation.
These examples are just a drop in the bucket. Diastolic dysfunction (and by proxy, hypertension) includes only a small sampling of heart conditions that respond favorably to CoQ10 supplementation. Other areas of research show great promise for CoQ10 treatments. Among these are cancer and AIDS. But such conditions are beyond the scope of this essay. CoQ10 is essential to the proper functioning of all cell types. It is not surprising, therefore, to find a diverse number of diseases that respond favorably to CoQ10 supplementation. Since all metabolically active tissues are highly sensitive to CoQ10 deficiency, we can expect to see CoQ10 research expand to many other areas of chronic diseases.